Teaching the World to Play!

The FJH Music Company, Inc. was founded In January of 1988 by Frank and Gail Hackinson. Their children Kevin, Kyle, and Kerry have been with the company since its inception. As President and CEO, Frank J. Hackinson has built one of the nation's most exciting, best-selling educational print music catalogs. Featuring the publications of Helen Marlais, consisting of Succeeding at the Piano® Succeeding with the Masters®, The Festival Collection®, and In Recital® to name a few, this outstanding piano catalog continues to raise the level of music education to new heights.

FJH has built one of the nation’s most exciting, best-selling educational piano catalogs, which includes a variety of innovative instructional materials and original music by many outstanding writers and composers. Some of our featured writers include Helen Marlais, Kevin Olson, Edwin McLean, Timothy Brown, Kevin Costley, and Mary Leaf.

Our exceptional guitar catalog features the best of contemporary methodology for the guitar, including The FJH Young Beginner Guitar Method, Everybody's Guitar Method, and supplementary materials. This ideal method for instructing young students can be used in private lessons as well as in the classroom. All guitar publications are carefully graded and correlated for each level of difficulty, allowing students to develop secure reading skills.

FJH is proud to present new Concert Band, Chamber Music, and Jazz Ensemble publications, from easy to advanced levels. Our instrumental writing team features exciting new composers and arrangers along with well-known names such as Brian Balmages. In addition to our performance music, we have several outstanding educational resources and our band method, Measures of Success®, that have been proven to develop the sound and technique of ensembles at all levels.

FJH is enjoying a rapidly-growing admiration as a quality publisher of music for strings. Our catalog offers the latest in exciting string orchestra music, covering all grade levels and programming needs. In addition, FJH is proud of its string methods Measures of Success® for Strings and New Directions® for Strings, the first ever method written by a team of pedagogues representing each of the four stringed instruments. 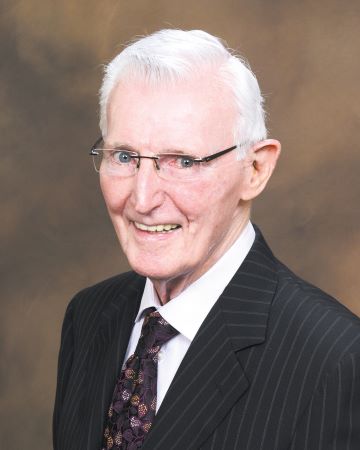 
Recipient of the prestigious 2012 Lifetime Achievement Award from the Music Publishers Association (MPA), Frank J. Hackinson is one of the most recognized and respected names in the music publishing industry. Frank has transformed the world of music education, and personally guided its evolution through his vast experience in print music publishing and licensing. His proven leadership acumen stands testament to his success, and his initials, F.J.H., have come to symbolize today’s new standard of excellence, to which teachers and students have turned in ever increasing numbers.

Frank’s career in the music business began in the 50’s when he signed on with Charles Hansen. In the years that followed, he distinguished himself in the fields of sales, marketing and licensing; propelling Hansen Publications to lead the print music market at the time. Throughout his tenure at Hansen, Frank worked with hundreds of the profession’s top artists, producers and publishers, and was ultimately responsible for signing The Beatles to their first print music contract in the United States. So dominant was Hansen’s market position that they once controlled the print rights for 99 of the 100 songs on Billboard’s Hot 100 Singles chart. Along the way, he established invaluable relationships with the most prominent educators, composers, and arrangers, both nationally and internationally.

With these affiliations in place and with a staff of just six, Frank went on to establish Columbia Pictures Publications (CPP) in 1971. Over the years, CPP held the print music rights to the popular music industry's most notable artists, including: The Rolling Stones, Stevie Wonder, Carole King, Henry Mancini, Whitney Houston, Bruce Springsteen, and Chicago, to name a few. Frank’s goal was to establish an outstanding catalog of popular music publications, signing exclusive representation agreements with many of the music industry’s most important publishers of the time. In 1983 he guided CPP’s acquisition of the publisher’s share of the print rights vested in the copyrights contained within the Big 3 catalog (Robbins, Feist and Miller), an industry first! As a result, and with his further acquisition of Studio P/R, Columbia Pictures Publications soon established itself in the educational print music market, and later came to be defined as the premier publisher of educational music in its time with the acquisition of Belwin-Mills Publishing Corporation. The company eventually became known as CPP/Belwin and employed more than 250 people.

Throughout his career, Frank recognized the need to provide sound supplemental keyboard and instrumental music for up-and-coming musicians and, in doing so, was instrumental in nurturing and establishing the likes of John Brimhall, Richard Bradley, Dan Coates, Robert & Pamela Schultz, Nancy & Randall Faber, Helen Marlais, Kevin Olson, Brian Balmages, Soon Hee Newbold, and others as industry icons in this field.

In 1988, Frank and his wife Gail founded The FJH Music Company Inc. and began to build one of the nation's most exciting, best-selling educational print music catalogs. This remarkable catalog has raised the level of music education to new heights, with a variety of innovative instructional materials and original music by many outstanding writers and composers. Their children, Kevin, Kyle, and Kerry, have been with the company since its inception.

The impact of The FJH Music Company on educational music publishing has been all encompassing, including piano, concert band, string orchestra, jazz ensemble and guitar. The passion for providing musically compelling, pedagogically sound works has found expression at every level. FJH’s writing team features many exciting new composers and arrangers along with well-known names.

Innovation, quality, forethought and determination have all been integral parts of Frank J. Hackinson’s long career – hallmarks found in each and every FJH publication, from concept to print. Under his experienced leadership, The FJH Music Company will continue to set new standards in educational piano, band, string orchestra, and guitar publications.